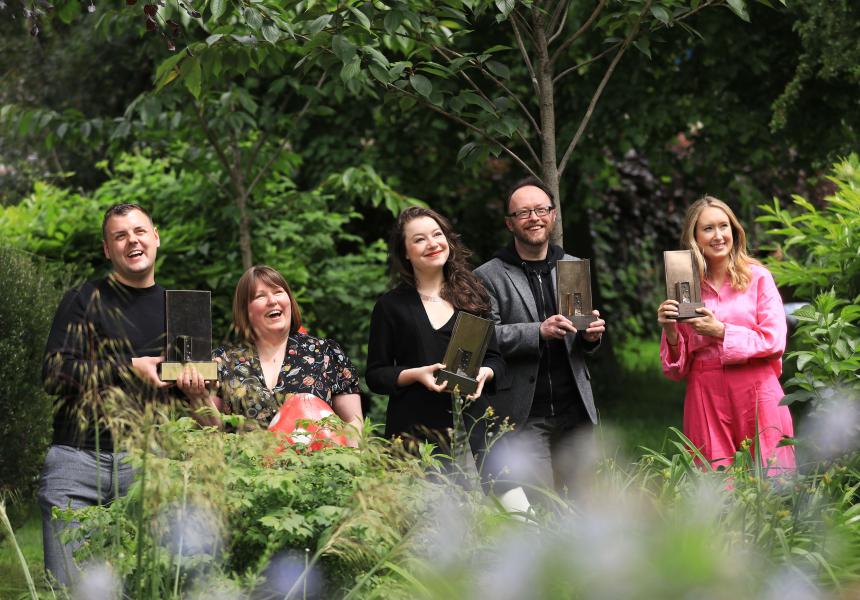 The winners of the 2022 KPMG Children’s Books Ireland Awards were announced today in a ceremony hosted by broadcaster Rick O’Shea, as part of the International Literature Festival Dublin in Merrion Square.

Selected for their excellence across six Award categories, this year’s winners include a free-verse novel exploring chronic illness, a quick-witted story of first love and a skilful début sharing the human stories behind the night the Titanic sank. Eight-year-old Daisy Magill from Glenarm, Co. Antrim received the KPMG Reading Hero Award, which celebrates a young person’s reading efforts and remarkable passion for books. 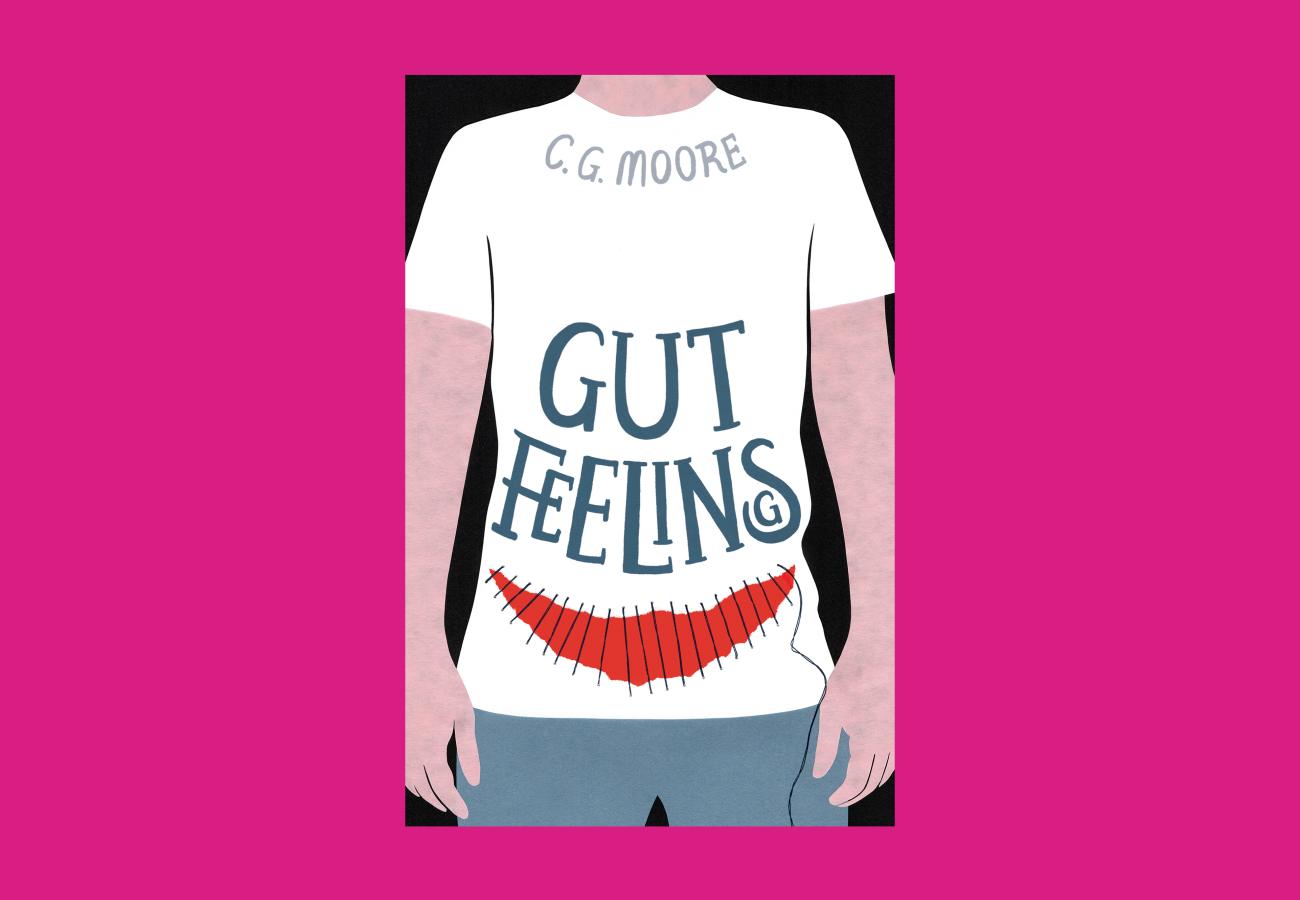 Author C.G. Moore took home the coveted KPMG Book of the Year Award for Gut Feelings, a powerful, free verse novel that tenderly tells the story of a young gay man’s journey with an inherited, potentially fatal condition. Praised by the judges for its engaging narrative, ‘filled with darkness and light, despair and hope, fear and desire, and love and trust’, Moore’s semi-autobiographical prose is paired with Becky Chilcott’s powerful illustrations in this excellent work of young adult fiction. 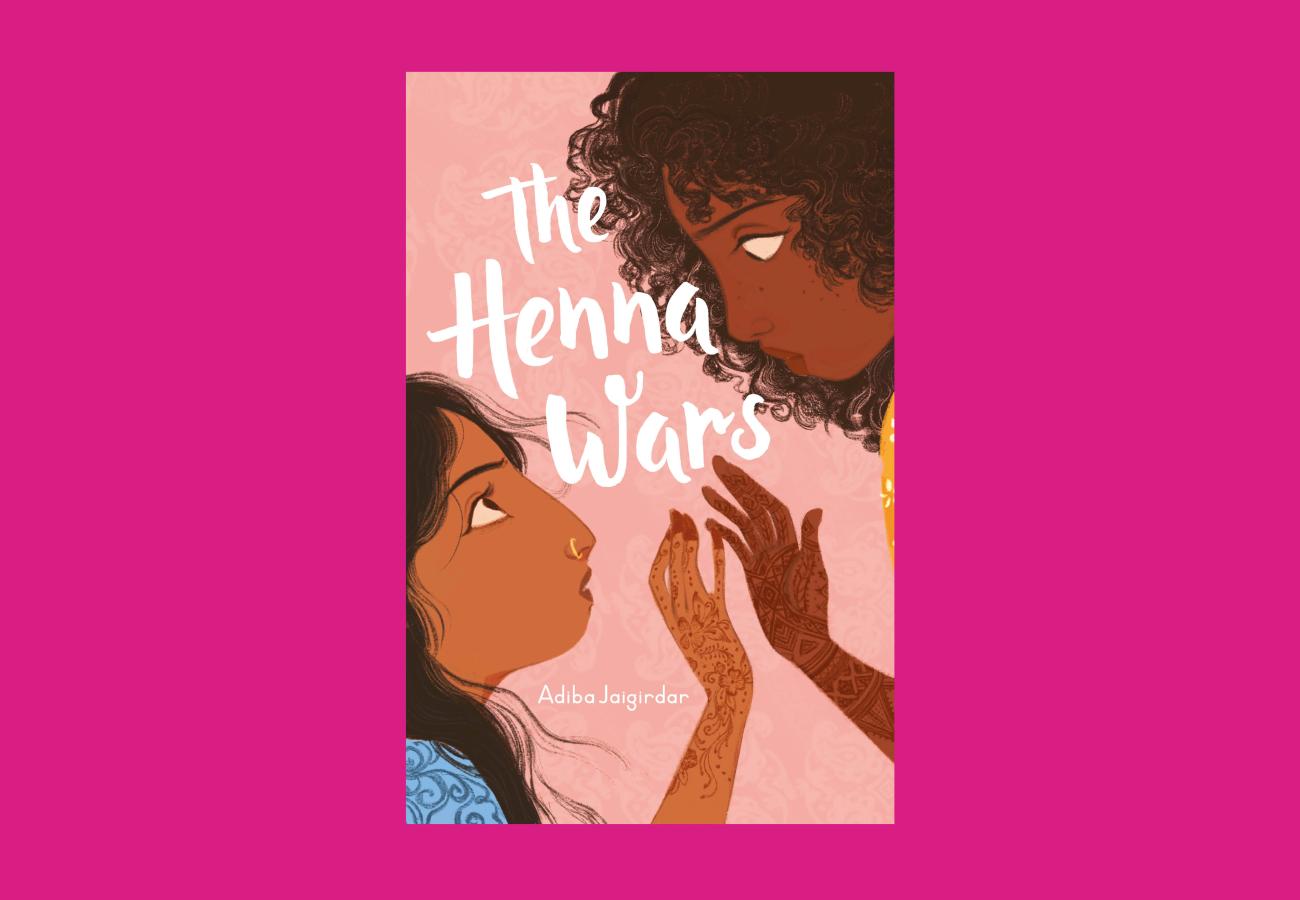 The Judges’ Special Award has been presented to critically-acclaimed and bestselling author Adiba Jaigirdar for The Henna Wars. The Henna Wars is Jaigirdar’s début and, with Jaigirdar’s trademark wit and refreshing narrative, it follows Irish-Bangladeshi teenager Nishat as she navigates first love, cultural appropriation and learns to reconcile her family’s expectations with her own identity. The Henna Wars also won The KPMG Junior Juries’ Award, having been voted for by 100 Junior Juries of young readers throughout the country that read their way through the Awards shortlist. The judges wish to recognise The Henna Wars as an important text for young readers, for its original portrayal of queer women of colour in Ireland. 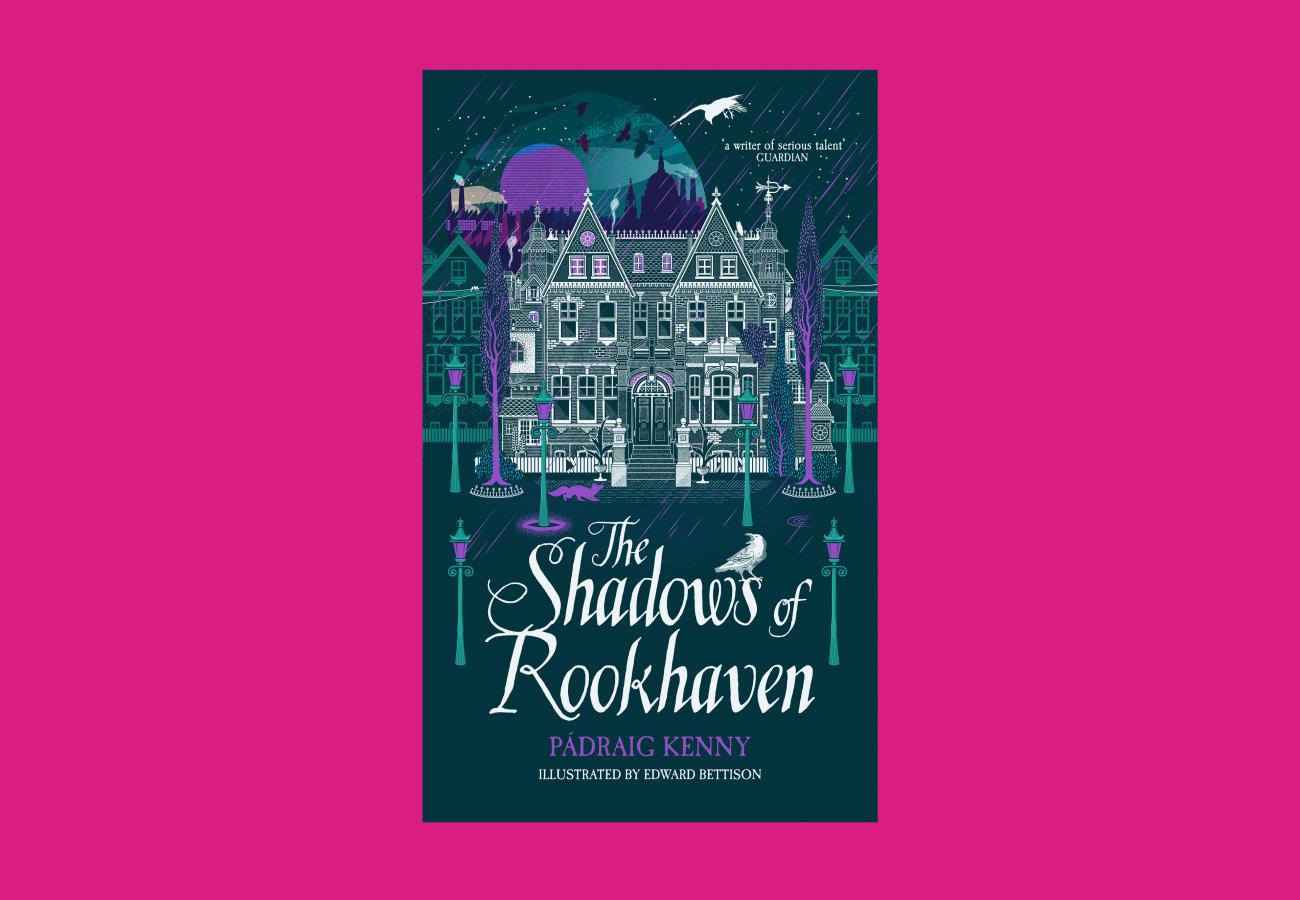 For the second year running, Pádraig Kenny has won the Honour Award for Fiction ­for his Rookhaven series, with The Shadows of Rookhaven, illustrated by Edward Bettison. The Shadows of Rookhaven’s dark narrative follows protagonist Mirabelle as monsters from far and wide descend on Rookhaven for the Great Configuration, a once in a century event. About the book, the judges said: ‘Kenny’s brilliant second book about Rookhaven is wonderfully paced story – with truly excellent illustrations by Bettison – exploring ideas of loss, difference, forgiveness, family and friendship.' 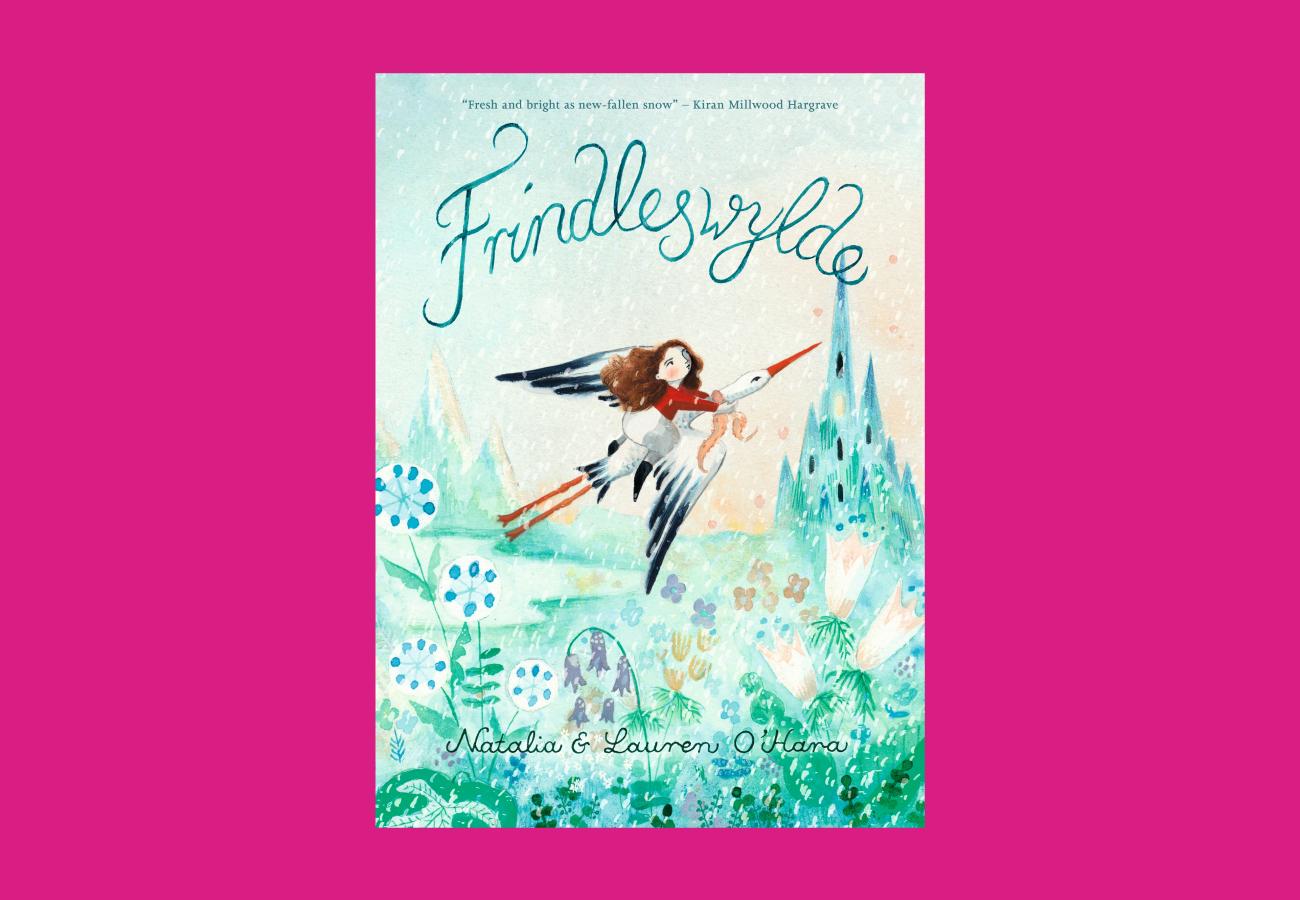 Dublin-based illustrator Lauren O’Hara is the winner of the 2022 Honour Award for Illustration for Frindleswylde, a delicately illustrated picturebook created together with her sister, Natalia O’Hara. This original tale contains echoes of Hans Christian Andersen as well as Russian folktales and features beautifully whimsical illustrations. The quality of O’Hara’s hand-drawn, watercolour illustrations has been described by the judges as ‘nothing short of outstanding’. 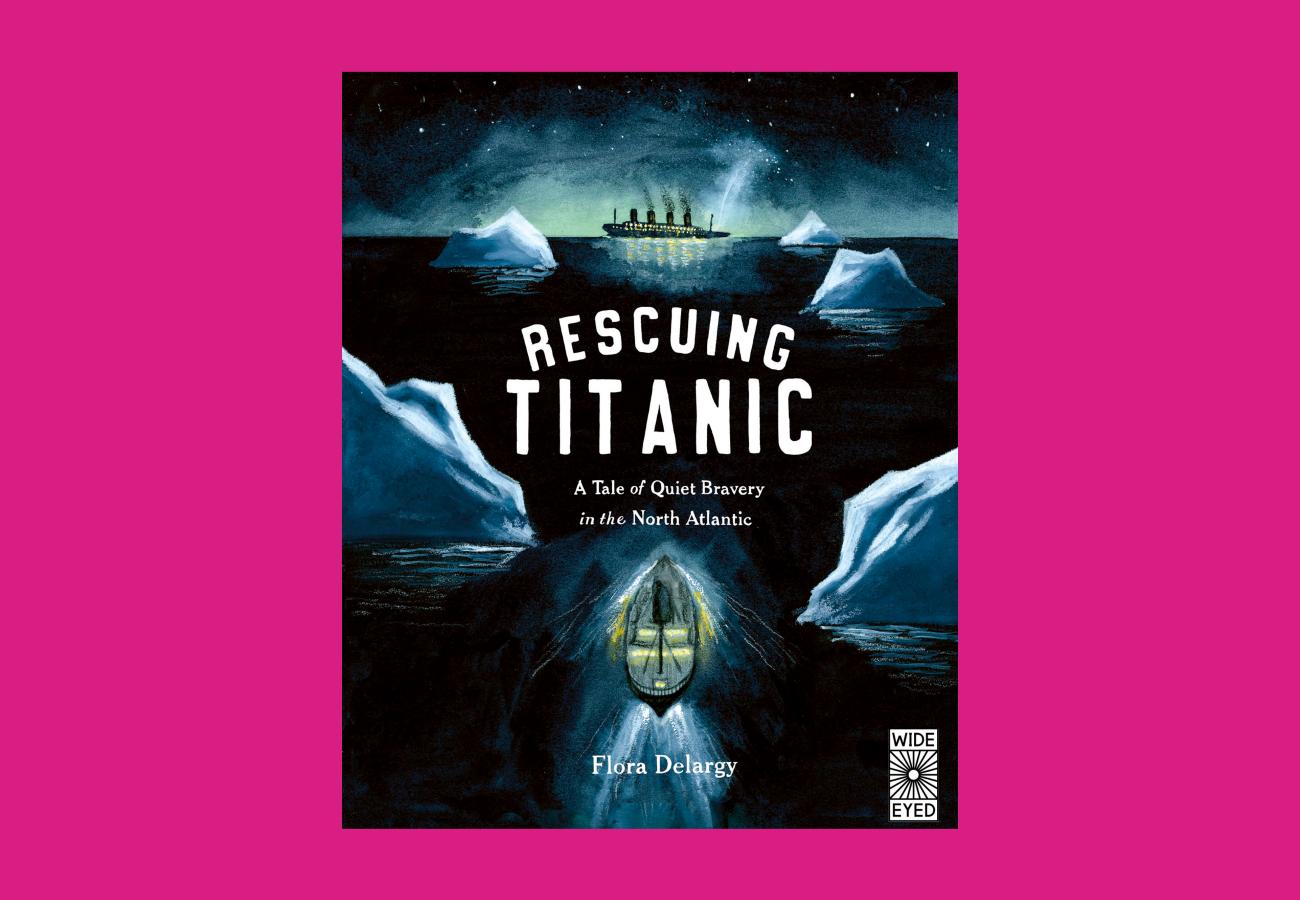 Belfast-based author-illustrator Flora Delargy has won The Eilís Dillon Award for her ‘stunning’ début, Rescuing Titanic: A True Story of Quiet Bravery in the North Atlantic. This award is named in honour of the revered Irish children’s author and recognises an outstanding first book for children and young people. Rescuing Titanic is both written and illustrated by Delargy and offers a different perspective on one of the world’s most famous maritime disasters. About the book, the judges said, ‘Intertwining the stories of passengers and crews on both ships allows for a collective tale of heroism while also paying respect to the victims of the catastrophe. Illustratively, the detailed hand-drawn artwork is excellent and reveals the extraordinary research behind the project.’ 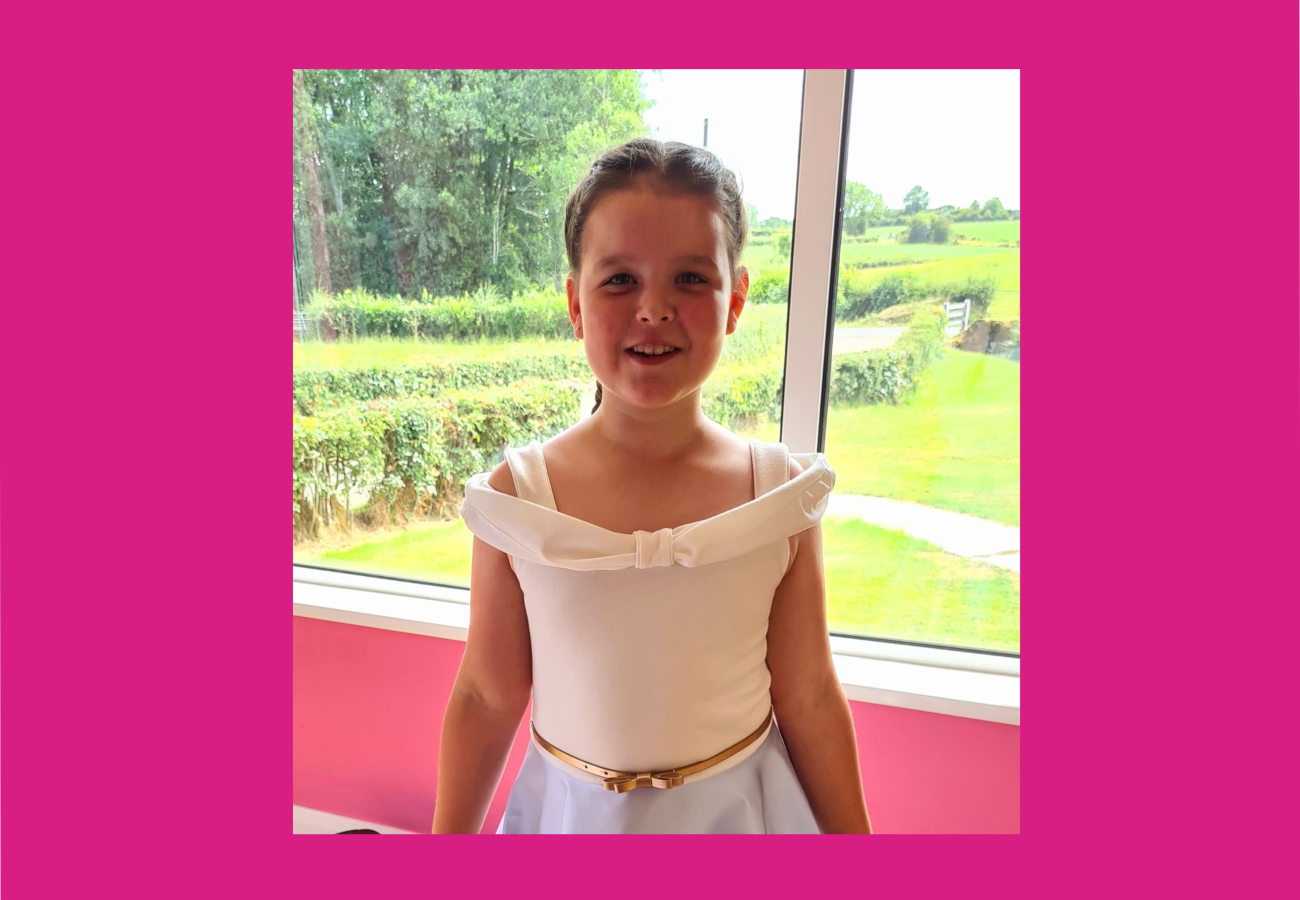 The KPMG Reading Hero Award is awarded annually to a young person in Ireland or Northern Ireland who deserves special recognition for their reading efforts. This year’s Reading Hero is Daisy Magill (8) from Seaview Integrated Primary School, Glenarm in County Antrim. Daisy was nominated by her teacher, Ashleigh Moran:

‘Daisy comes to the class teacher (myself) every morning for extra support to improve her literacy skills and can be seen reading all the time. She reads all types of books and loves nothing more than a good chat and natter about the text she is reading. Daisy is my reading hero because she puts so much effort, time, sweat and tears into becoming a better reader and never resents the stories on a page but cherishes them.’

This has been an extraordinary year for Irish children’s books, and huge congratulations to the brilliant and talented illustrators and writers who received awards today. These awards demonstrate that children’s literature in Ireland is not only thriving but is also producing high quality, world-class, engaging, and inspiring works for a wide range of younger readers.

This year’s shortlist shows remarkable breadth, with our winners including picturebooks, fiction and non-fiction, a verse novel, artists from across the island of Ireland and from a variety of backgrounds. The KPMG Children’s Books Ireland Awards are a celebration of these extraordinary writers and illustrators as well as their readers – we hope many children and young people will be inspired by our Reading Hero, Daisy, and will pick up one of our shortlisted and winning books today.

A love of books and reading is an important part a child’s development and education. Our support of the KPMG Children’s Books Ireland Awards underpins our commitment to literacy and to making a difference in our community.

Founded in 1990 and sponsored since 2020 by KPMG Ireland, the Awards are the leading children's book awards in Ireland. They recognise exceptional writing and illustration for young audiences by authors and illustrators who were born in Ireland, are permanently resident in Ireland or are citizens of Ireland.

Previous winners include Oein DeBhairduin and Leanne McDonagh for 'Why the Moon Travels', Máire Zepf for Nóinín, Deirdre Sullivan and Karen Vaughan for 'Tangleweed and Brine' and for 'Savage Her Reply', Chris Haughton for 'Goodnight Everyone', and former Laureate na nÓg Sarah Crossan for 'One'.

After a monumental year in children’s books publishing in Ireland and the UK, the KPMG Children’s Books Ireland Awards received their highest-ever volume of submissions, at 139 entries. The winners were chosen by an independent judging panel made up of children’s book experts and one Young Judge – a young reader aged 15+ who participates in the full judging process. This year’s Young Judge was Transition Year student Clíodhna Jackson, from Coláiste Íosagáin, Dublin.

The KPMG Children’s Books Ireland Awards and Junior Juries programme are sponsored by KPMG and kindly supported by the Arts Council/An Chomhairle Ealaíon, the Arts Council of Northern Ireland and the Ecclesiastical Movement for Good Awards.