Lily spends her life pretending to be invisible, but no matter how hard she tries, she is a constant fixation for bullies and mean girls at school. Her home life isn’t much better, with a father who works away and a mother who refuses to leave the house.

Lily is counting down the days until she can escape and her real life can begin. But after a brutal attack, Lily’s father decides enough is enough. Hiding is now an impossibility: it’s time to fight back. Boxing classes give Lily a new escape and the possibility of finding a place she belongs, as she slowly learns to stand up for herself and take control, instead of simply making peace with her pain.

This is a powerful verse novel encompassing issues of violence, bullying, sexuality and body image. Louisa Reid’s voice evocatively captures Lily’s coming of age and search for her own identity through a series of free-verse poems experimental in their rhythms and layout. Gloves Off also interestingly explores mother–daughter dynamics, as Lily’s mother’s voice features throughout the text – her struggle with her weight and body image are intertwined with Lily’s own search for belonging. A story of growth that is inspiring and at times gut-wrenchingly raw, Gloves Off is not to be missed and perfect for fans of Sarah Crossan. 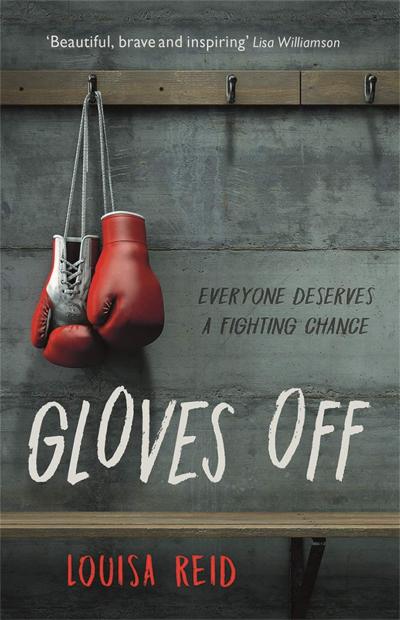