The Great Fox, a world famous magician, disappears without a trace and without an heir to leave his legacy and fortune to. By his instruction, a TV competition will determine which young magician will inherit the secrets to his tricks.

Teenager Flick Lions must compete against other young people in a race against time to unlock the magician’s secrets, but the competitors have a myriad of motives for being involved. For Flick, she hopes to redeem her father’s legacy, retrieve his stolen trick and return him to her family. Who can Flick trust? And what about those who put their trust in her?

Drawing parallels with Dahl’s Charlie and the Chocolate Factory, and mixing it with our modern-day insatiable appetite for reality television, Edwards has written a mystery with many twists and turns.The stakes are high, and you can feel the tension escalate as the adventure unfolds.

The book challenges the unknown, and uses every opportunity to show you behind the curtain and reveal how many illusions and tricks have been carried out over the years, delving into some of the greats like Houdini. Each chapter is short, which only adds to the fast pace feel of the novel, while also ensuring it is easy to read. Recommended for any children with an interest in the world of magic. 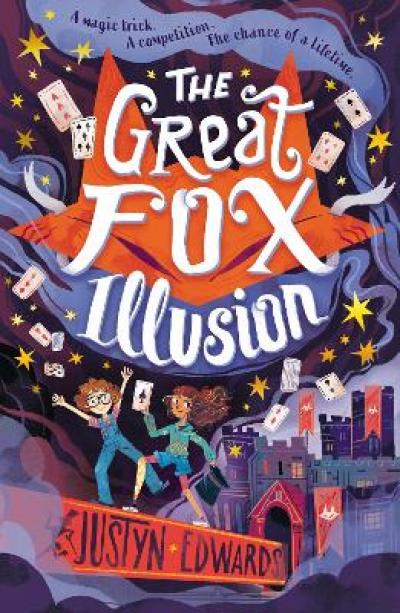