Fantasy author Julie Kagawa doesn’t disappoint her readers with the second book in Evenfall series, The Iron Sword, a spin-off from the original Iron Fey series.

The plot of the narrative is told through the character of Ash. He paints a picture of a world of danger, prophecy, magic, and monsters – a world where he struggles with an intense inner conflict. The reader is immediately drawn into the central theme of the book, the quest for the missing son of Ash and Queen Meghan, Keirran the King of Forgotten, and the attempt save their world from a nightmarish monster. The author brings together her cast of familiar companions, Puck, Nyx, and Grim to support Ash and Meghan in the pursuit of this quest.

Kagawa’s skilful use of descriptive language and alliteration creates vivid battle scenes. The characters she draws are flawed and their development runs parallel to their quest. As well as creating an engaging fantasy narrative, Kagawa doesn’t shy away from dealing with other themes in The Iron Sword. She explores the correlation between the negative emotions created from social media in the human world and monsters in the fairy world. The pacing of the plot is cleverly sustained through her use of flashbacks, Ash's introspection, and the intuitive use of dialogue. In the final words of the novel, the reader is left eagerly anticipating her next book. 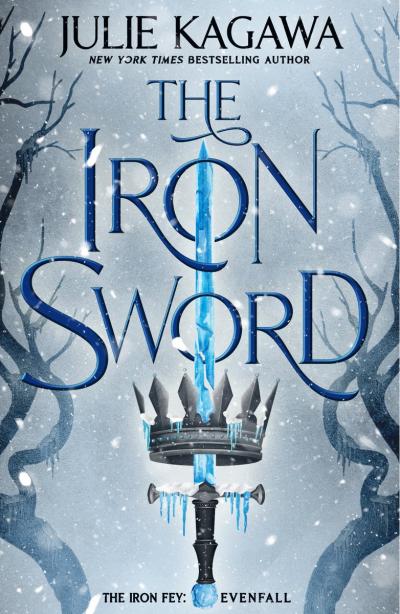