Our Beautiful Game is the gripping story of Polly, a working-class girl determined
to play her beloved game of football. With the men away fighting in the trenches, she gets her chance. This is an extraordinary story of sheer determination, made all the more extraordinary by the fact that it is based on the real life of footballer Lily Parr who went on to score over nine hundred goals for her team, paving the way for the women’s football teams of today.

This is a brilliant read for anyone who loves the beautiful game. But it is about much more than football, centring around one young girl’s determination to prove all the boys wrong and to play like a champion. Polly is a character that really captures your heart, and she does so because Kuenzler paints her humble background so skilfully around her – touching on issues of poverty, loss, depression, class, sexuality and male domination – all against the backdrop of the horror of the First World War, without ever distracting from Polly.

Sometimes it is hard to imagine living without the freedoms that many of us take for granted, such as girls being able to
play football. Kuenzler uses the unlikeable character of Don to represent the closed thinking of the Football Association, who would go on to ban women playing on their grounds in 1921, a ban that would last for fifty years.

I’m not a football fan but found myself wholeheartedly cheering on Polly and her teammates as they changed the world, one kick at a time. A great read. 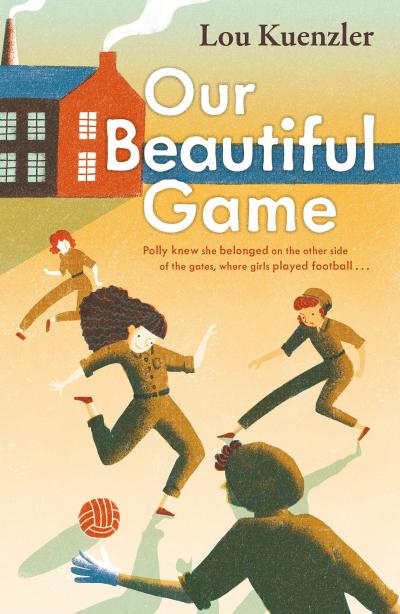 The Week at World’s End

How to Be Brave