There are no shortage of books detailing the harrowing events of WWII, but their importance and relevance for each new generation of readers – especially much younger readers – cannot be overstated. Told mostly through a series of letters between Solly and his Polish cousin Bernie, Please Write Soon is a simple but touching story of resilience, friendship and childhood innocence during wartime.

When Solly decides to read his letters to his class for his English project, his teacher and classmates learn of his young cousin’s struggles as a soldier fighting in the war, as well as Solly’s own experience during the London Blitz. The letters add a lovely touch of humanity to the book; while Rosen quickly mentions a few key elements of WWII – from concentration camps to the joining of Russia and USA to the war effort – the focus is largely on the familial relationship between Solly and Bernie.

When not discussing the war, they reminisce on childhood games and memories, and share moments of happiness in their day-to-day lives. A reminder that despite the fear and anxiety of war, little pockets of joy and wonder can be found. Foreman’s hand-drawn illustrations also draw a reader in and help bring the story to life on the page.

Although the book is short and does not delve too deeply into the heavier topics of WWII, it does offer the younger reader a glimpse into the realities of war without being overbearing. A simple but heartwarming read. 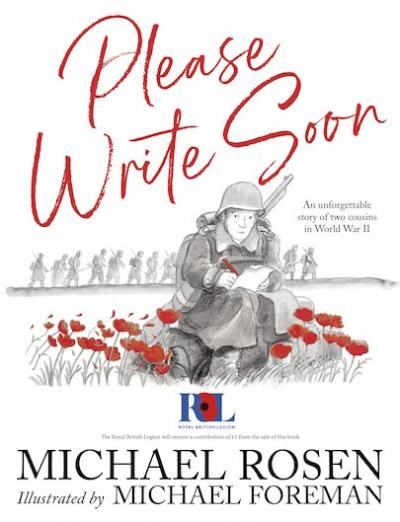 Jummy at the River School

The Way to Impossible Island

How to Be Brave