Yesterday Crumb and the Storm in a Teacup

Yesterday Crumb is pulled away from a life as a mere circus speculation to a new magical adventure every day. This element made the book super enjoyable to read as well as the family and friends Yesterday found along the way.

Set in the faerie world, Sagar brings readers through a nostalgic yet new and immersive kind of magic. Yesterday becomes a tea witch in which she brews teas and eats loads of cake immersed with magic. Who doesn’t love tea and cakes!

Sagar does not shy away from relatable topics such as insecurities and belonging. Yesterday is a great character to mirror our own insecurities and sense of belonging as readers, especially young readers. Her fox ears that were once a loathsome feature slowly became something she could love about herself. The villain, Mr Weep, feeds on her insecurities much like the world we live in. But, with insecurities, there usually comes an uplifting team of family and friends. The ones who have your back and love you for who you are. Sagar’s cast of characters embrace Yesterday as family, but they each have stories of their own to tell, stories that Yesterday listens to, making her more able to offer them her support, just as they did for her.

This is a wonderful story I would recommend to young readers who are particularly interested in magical adventures and magical worlds where tea can brew a storm, transform you into a creature or even save you from magical curses! 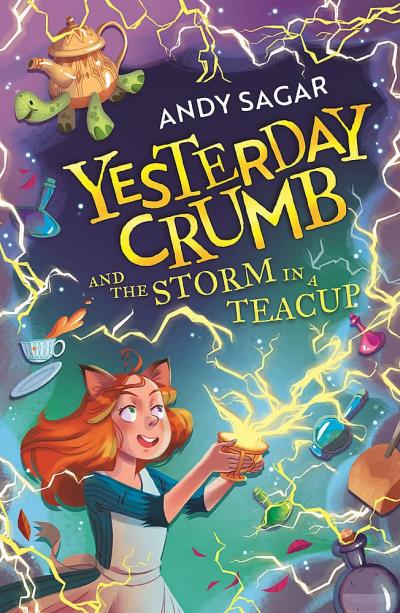