The ImagineNation playbook was produced in partnership with An Post in 2020 as a direct response to the Covid-19 pandemic. In an effort to support families, entertain children at home and support Irish artists, this activity book of original content by Irish artists was commissioned, produced and distributed to families all across Ireland. 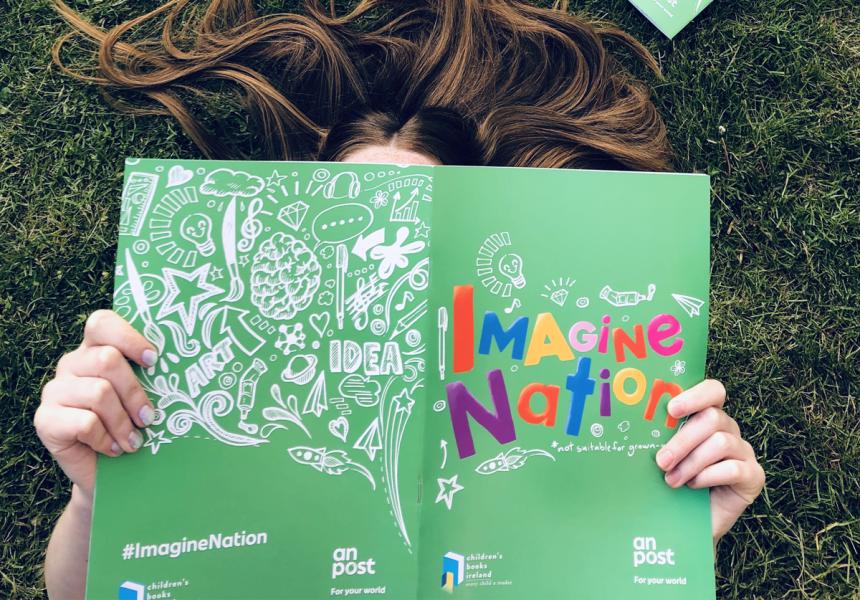 As a support to the children's books community, to families at home and mindful of the digital divide, the ImagineNation playbook was produced and printed in Ireland and distributed to the Irish public via An Post, as a supplement in the Irish Times.Copies of the playbook were delivered to children in centres of direct provision, to children's hospitals, to those accessing homeless services and to children in Traveller communities around Ireland. This booklet was designed to lift children's spirits at the start of the pandemic and was rolled out nationwide in time for Easter in 2020.

The playbook was produced originally in partnership with An Post and with further support from The Ireland Funds.